We are a small press committed to the discovery of writing that transcends the ordinary. We believe in developing and encouraging the creative writing voice in our journal, in the press, and throughout communities. It’s our desire to enrich the world through publishing people, and their stories, their poems, and their books with the hope that they move, inspire, invite, create, empower and more.

V Press LC only publishes books/authors we believe in. If we believe in you—we will fight for you! It’s our desire to see our authors’ work largely distributed throughout the marketplace. 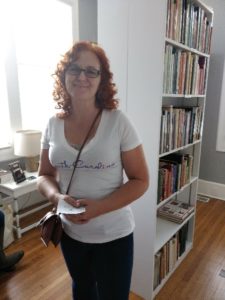 Director & Managing Editor, Torie Amarie Dale, is a multiple award-winning author who has been nominated for the Pushcart Prize twice. She has had her nonfiction piece about her recovery from domestic violence adapted into a short film and even took on a cameo role in the production.

Torie holds a dual major MFA in Creative Writing focusing on Poetry and Creative Nonfiction from Queens University of Charlotte, an Interdisciplinary BA focusing on Law and Journalism from the University of South Carolina Upstate, and an AS in Legal Office Management from Mercyhurst College. She also has an Emergency Crisis Intake Certificate from CareNet and has trained to be an advocate for Greenville County Rape Crisis Coalition.

Among the many odd jobs that Torie has worked throughout her life, which include crisis intake counselor, line cook, elementary education tutor, university professor, elderly caretaker, security guard, dog sitter, executive administrative assistant, model, high school instructor, legal secretary and more, the job that brought her the most joy and fulfillment was the one where she got to make great writers even better through her work as an editor.

Prior to leaving to start her own press, Torie worked a combined total of more than four years at two literary journals as a managing editor/technical and content editor and as an editorial assistant. She has also worked as a freelance copy editor for a small press. When not running her small press, or working as a professor, Torie freelances with authors who need her skills.

Torie enjoys sinking her feet into the sand on the edge of the ocean, reading poetry, and singing to her dog. Surprisingly, her dog crosses her paws and listens intently to the poetry and howls profusely at her singing. At home, she is known as the queen of puns by her children who, oddly enough, have always enjoyed her wry and off-key sense of humor. 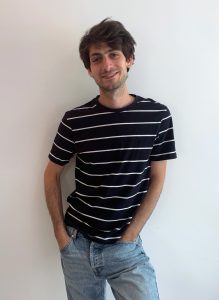 LEEHU SIGLER is a recent graduate of McGill University’s MA program in English Literature and currently works as an editor and writer. When he isn’t reading poetry submissions, he likes walking around with his significant other, drinking mediocre coffee, or stroking his cat. He even occasionally reads poetry to Sappho (the cat), despite the aloof disinterest in her namesake. 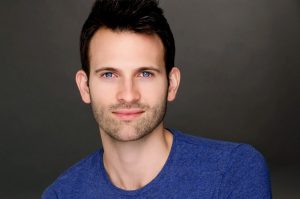 Michael Crouch is a New York City-based actor specializing in voiceover. His audiobook narration has earned Audie Awards, multiple Earphones Awards, and Best of the Year listings from Audible, Booklist, Slate, AudioFile, and more. He can also be heard on national commercials, cartoons, video games, industrials, and the animé series Yu-Gi-Oh! and Pokémon. 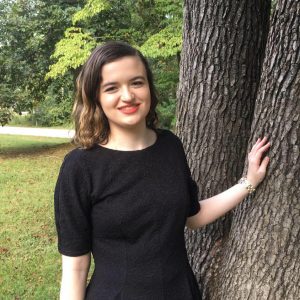 MARY-FAITH MARTINEZ is a student at USC Upstate where she studies English and journalism. She enjoys writing creative nonfiction and reading anything she can get her hands on. Although she is perfectly happy reading others work, she hopes to one day be a published author herself. 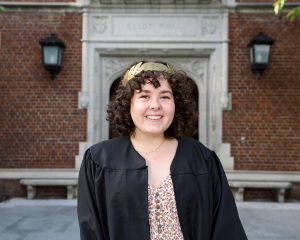 GABRI LAFRATTA is a recent graduate of Reed College with a B.A. in English and a minor in Spanish. She loves reading and creative writing, especially poetry, and recently found out a poem of hers is being published for the first time in a poetry anthology this summer! When she is not reading or writing, she can be found attempting to teach herself how to crochet a bucket hat that looks like a strawberry. 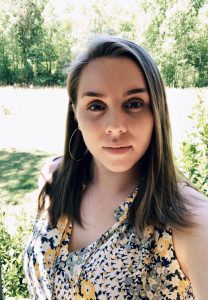 HANNAH ALLEN is a college student at University of South Carolina Upstate majoring in English Studies. After Graduation she hopes to continue to work in the publishing industry as an editor. In her free time, she likes to read and look after her plants. Hannah loves traveling. She is the oldest of four siblings and has a cat sister.

Bi-Annual Associate Editor of Running with Water, IRENA TERVO, is an Educator and former Editor of The Petigru Review. In addition to writing two YA novels, she has published articles, short stories and flash fiction in numerous publications and literary journals including Edible Upcountry, MoonShine Review, The Petigru Review and Greystone. Irena has placed as a semi-finalist in the William Faulkner-Wisdom Creative Writing Competition in 2014 and 2016 for her novels, and teaches French and Spanish in South Carolina.

Dr. KATE GALE is co–founder and Managing Editor of Red Hen Press, Editor of the Los Angeles Review and teaches in the Low Residency MFA program at the University of Nebraska in Poetry, Fiction and Creative Non-Fiction.

She is author of seven books of poetry including The Goldilocks Zone from the University of New Mexico Press in 2014, and Echo Light from Red Mountain and six librettos including Rio de Sangre, a libretto for an opera with composer Don Davis, which had its world premiere October 2010 at the Florentine Opera in Milwaukee. 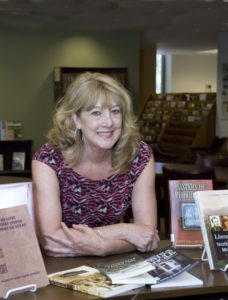 CATHY SMITH BOWERS, North Carolina Poet Laureate 2010—2012, was born and grew up in Lancaster, S.C. She was educated at USC-L, Winthrop University, Oxford, and the Haden Institute.

Cathy Smith Bowers’ poems have appeared widely in publications such as The Atlantic Monthly, The Georgia Review, Poetry, The Southern Review, The Kenyon Review, and Ploughshares. She is a winner of The General Electric Award, recipient of a South Carolina Poetry Fellowship, and winner of The South Carolina Arts Commission Fiction Project. She served for many years as poet-in-residence at Queens University of Charlotte where she received the 2002 JB Fuqua Distinguished Educator Award. She now teaches in the Queens low-residency MFA program and at Wofford College.

Her first book The Love That Ended Yesterday in Texas was the inaugural winner of The Texas Tech University Press First Book Competition. Her poems have been featured on Garrison Keillor’s Poetry Almanac and on Poetry Daily. Her fifth book, The Collected Poems of Cathy Smith Bowers, Press 53, won the 2014 SIBA Award for Poetry.

She lives in the North Carolina foothills of the Blue Ridge Mountains. 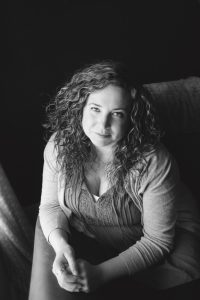 ALLISON BLEVINS received her MFA at Queens University of Charlotte and is a Lecturer for the Women’s Studies Program at Pittsburg State University and the Department of English and Philosophy at Missouri Southern State University.

Her work has appeared in such journals as Mid-American Review, the minnesota review, Raleigh Review, Sinister Wisdom, and Josephine Quarterly. She is the author of the chapbooks Susurration (Blue Lyra Press, 2019), Letters to Joan (Lithic Press, 2019), and A Season for Speaking (Seven Kitchens Press, 2019), part of the Robin Becker Series.

She lives in Missouri with her wife and three children where she co-organizes the Downtown Poetry reading series and is Editor-in-Chief of Harbor Review. 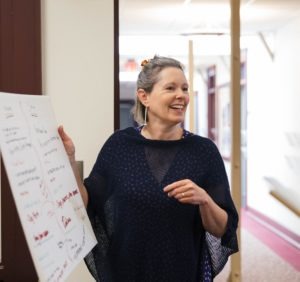 KATHRYN RHETT is the author of an essay collection, Souvenir, and a memoir, Near Breathing, and is editor of the anthology Survival Stories: Memoirs of Crisis. Her collection of poetry, Immortal Village, was published by Carnegie Mellon University Press in February.

A professor of English at Gettysburg College, she also teaches in the Queens University of Charlotte’s low-residency MFA programs, and can be found at kathrynrhett.com.

V Press LC and Torie Amarie Dale are members of the following associations. 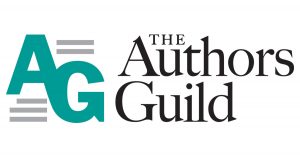 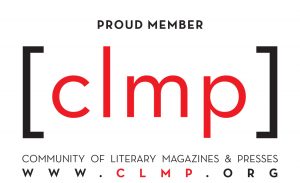 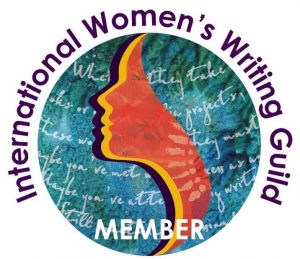